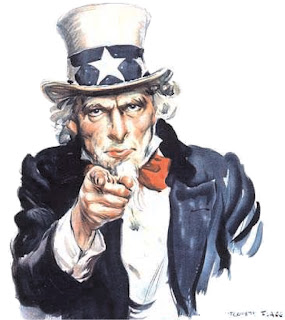 Surprise? It's not as if we didn't know it was coming. What's surprising is the bluntness of the headlines.

The Belfast Telegraph let its readers draw the conclusion themselves:

Readers of Canada dot Com got things spelled out for them a bit more clearly:

The Toronto Star hit a similar note but held it longer:

Perhaps the bluntest headline of all came from The Guardian, and ABC, and CBS, who are all saying:

According to CBC, the president's "Afghani Surge" is part of a Five-Point Plan which we are supposed to think of as a "Strategy for Success". In addition to sending more troops, Bush's plan includes the following four [quite hilarious] points:

* Working with allies to strengthen the NATO force in Afghanistan and convincing NATO allies to lift troop restrictions to "make sure that we fill security gaps."

* Pouring more resources into infrastructure development, with the goal of building an additional 1,000 roads before 2008 in order to open up commerce and trade routes.

* A crackdown on Afghanistan's poppy and opium cultivation — a major source of funding for Taliban weaponry. Mobile poppy eradication units can destroy the crops, then offer farmers seeds and other assistance to help them pursue an alternative livelihood, Bush said. The U.S. will also launch a task force to fight public corruption and train more Afghan judges and lawyers to establish the rule of law.

Last week, when the details of this speech were anonymously leaked, your cold typist couldn't resist a jab about what the Shrub considers "diplomacy". Tim Harper's article in the Toronto Star provides a chilling illustration:

George W. Bush today appealed to NATO allies to send more troops to Afghanistan and remove restrictions on those already fighting there – but never mentioned the Canadian contribution as he heaped praise on the alliance.

In telling the world that the Afghanis have "a lot of friends" in the world, Bush lauded contributions made by such players as Bulgaria, Lithuania, the Czech Republic, Iceland and Norway and he mentioned the efforts of the British who are engaged in the most intense fighting in south along with Canadians.

But the omission of Ottawa was notable, particularly since the Harper government has banked on the 2,500 Canadian soldiers fighting in Afghanistan to help raise Canada’s profile as a partner in the war on terror here.

A White House spokesperson did not immediately return a call seeking comment on the Bush speech.

You can tell a lot about a person -- whether an ordinary citizen or the the so-called president of a formerly great nation -- by the way he treats his neighbors.

Of course in this case we learned all we need to know a long time ago.
File under: Afghanistan, Canada, corruption, NATO, opium
Email ThisBlogThis!Share to TwitterShare to FacebookShare to Pinterest
Posted by Winter Patriot